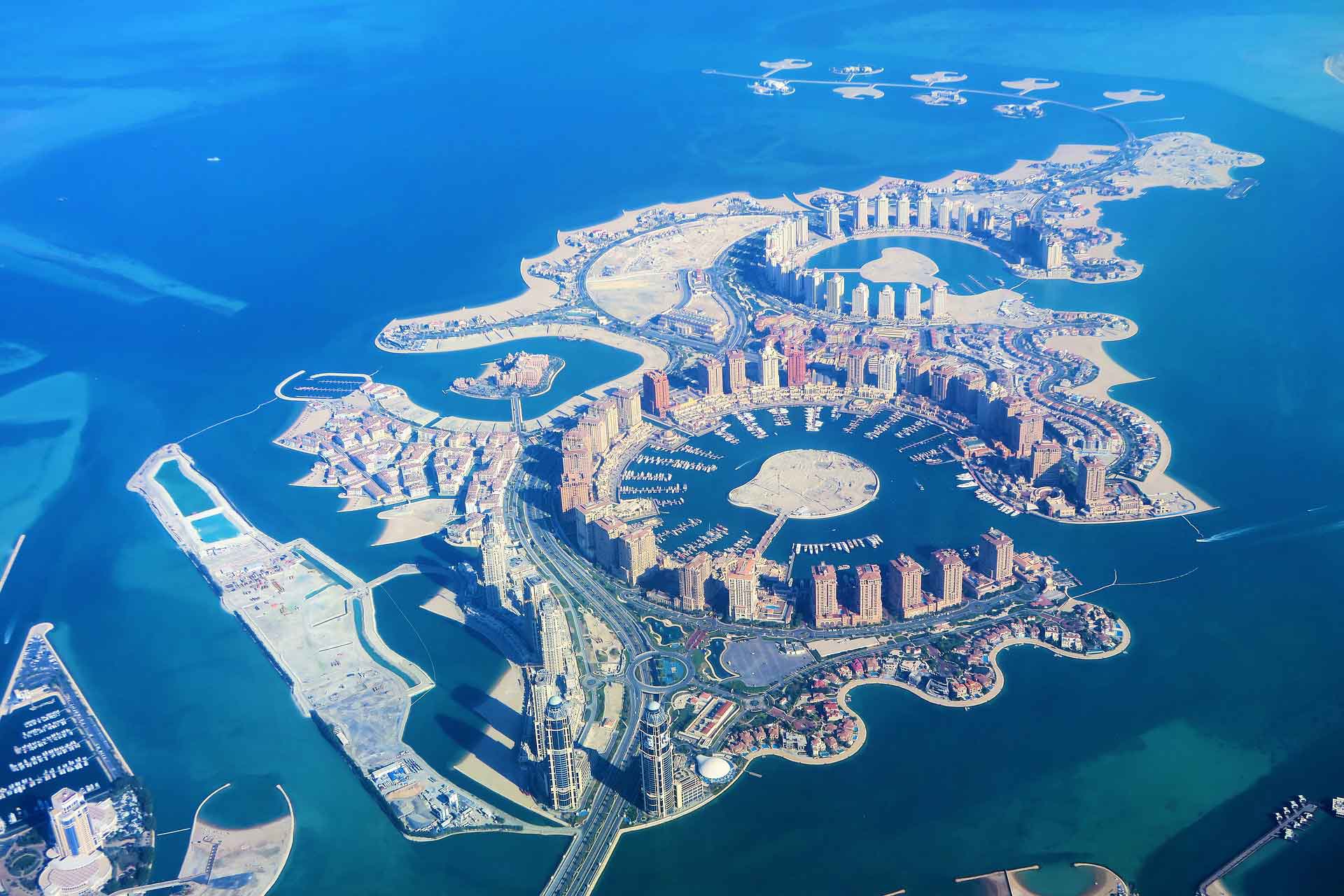 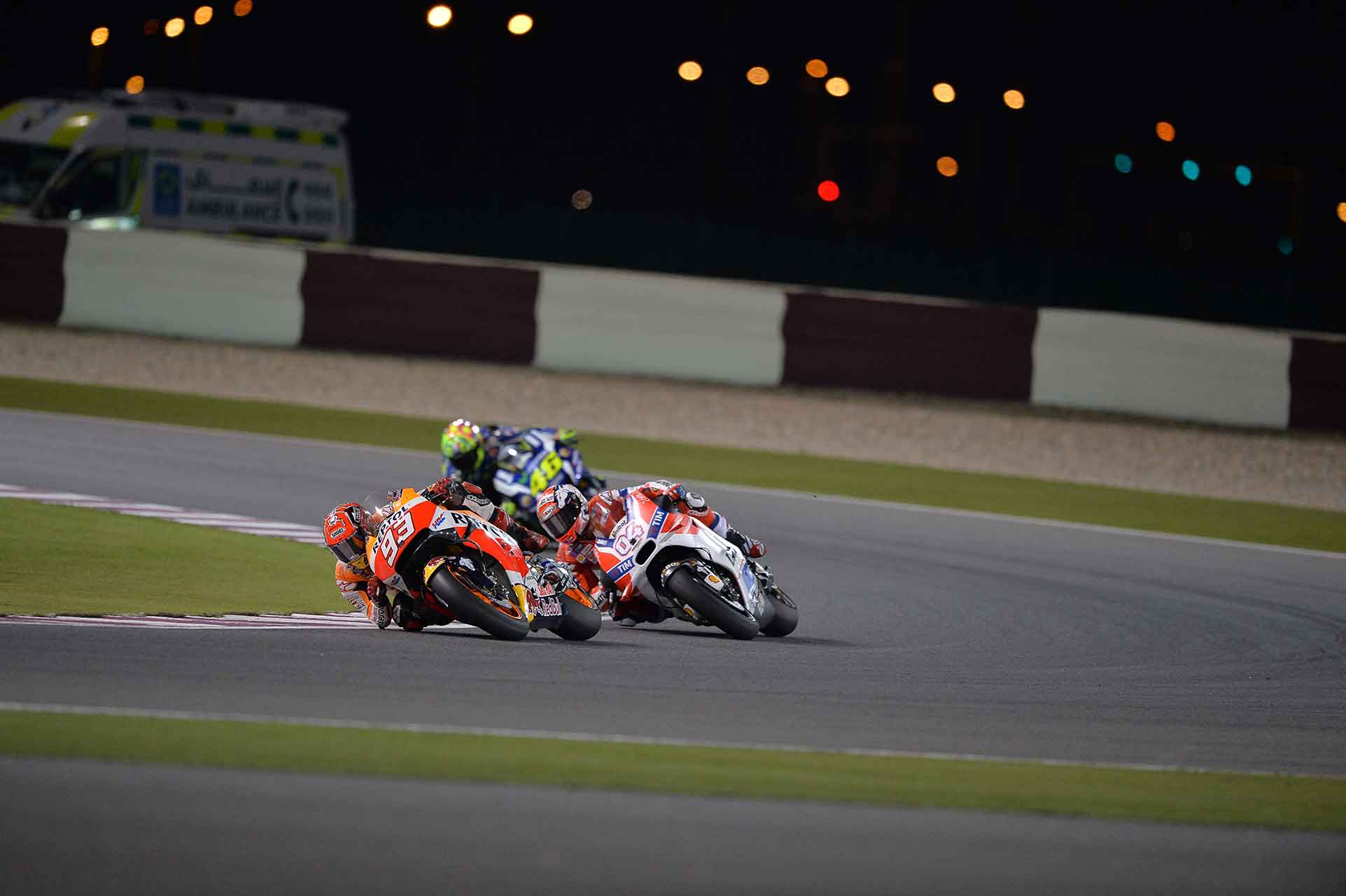 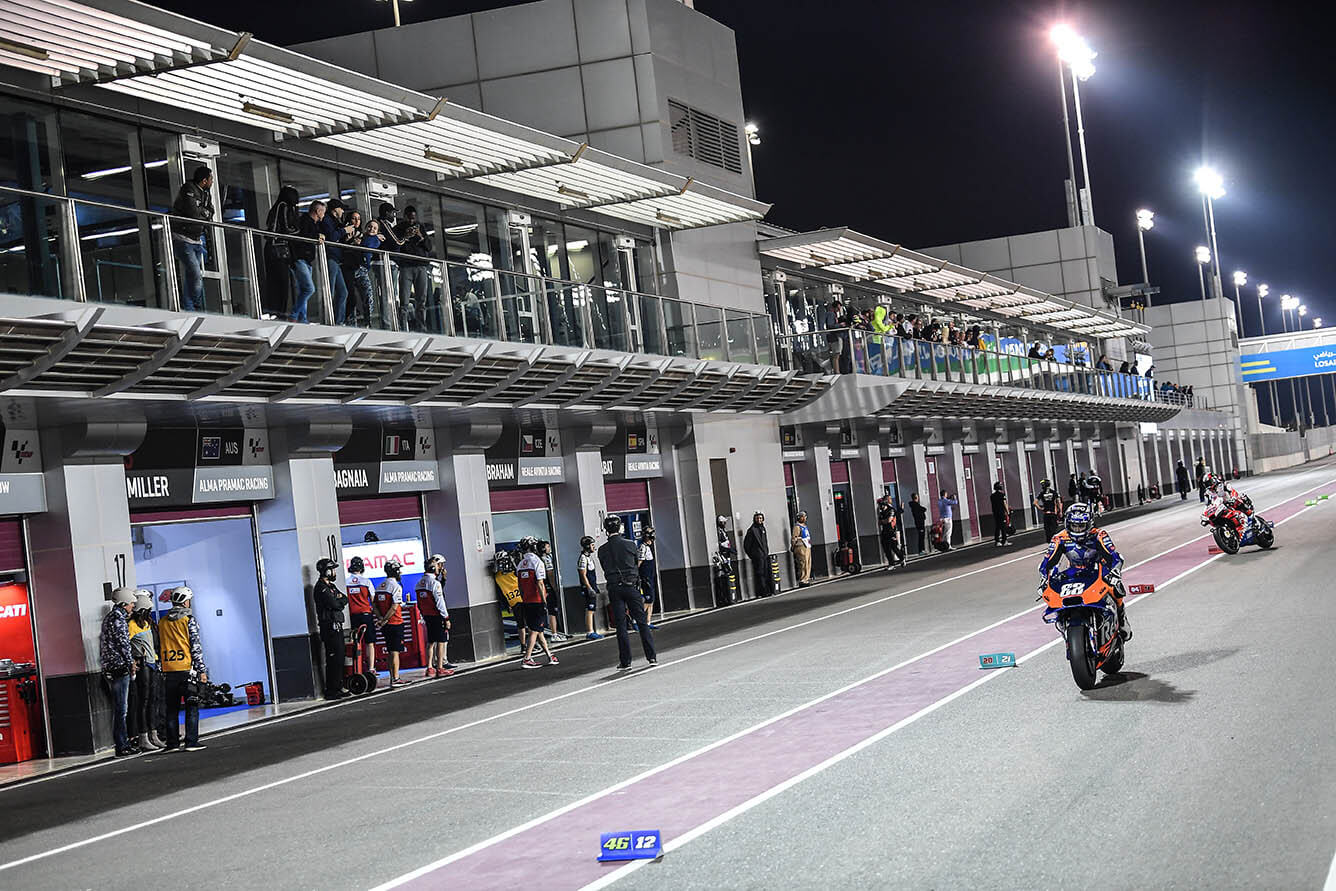 The Grand Prix of Qatar is undoubtedly one of the most spectacular events on the MotoGP™ calendar. The action here takes place at night under the floodlights of the brilliant Losail International Circuit, which sits around 30km outside Doha – the exciting and evolving capital city of Qatar.

Located in the Qatari desert, the Losail circuit held its first event at the venue with the October 2004 Grand Prix of Qatar, won by Sete Gibernau. In 2008 Qatar celebrated the first floodlit Grand Prix in the history of the MotoGP™ World Championship and since 2007 Qatar has also hosted the season opening race on the GP calendar.

Please ensure you’re ready and waiting 5 minutes before the stated times, as the coach will leave promptly so we don’t hold up other customers. Do leave enough time to get from your grandstand or hospitality area to the coach.

On SATURDAY & SUNDAY the coach will park in the coach park within the Public Area Parking. At the end of each day Nicola will meet you at the same place. There will be a lot of coaches and cars in the parking area, particularly on the Sunday. Do make sure you’re on the Motor Sports Travel coach!

You don’t require a voucher for your circuit transfers – we will simply check your name off as you board. Wearing your yellow and green Motor Sports Travel lanyard will help us identify you more quickly.

Our MST team member Nicola will be on hand at the circuit and will also be accompanying the coach transfers, should you need anything. You can also contact us via the email address and two telephone numbers at the foot of each page of your information guide, should you need to.

If you are not at the coach pick up point by the stated departure time, and you have not made us aware you’re not taking the coach transfer (either in person to Nicola, or via the telephone numbers or email address at the foot of each page of  this information guide), we will assume you will make your own way, which will be at your own cost.

IF THERE IS A DELAY OR SCHEDULE CHANGE TO QUALIFYING ON SATURDAY: the coach will leave the circuit 30 minutes after MotoGP Qualifying 2 track action finishes.

IF THERE IS A DELAY OR SCHEDULE CHANGE TO THE RACE ON SUNDAY: the coach will leave the circuit 30 minutes after the MotoGP race finishes (i.e. 30 minutes after the winner has crossed the line). If there is any extended or rolling delay without confirmed restart times that may affect the coach departure time, we will keep you updated via Nicola and via the email and phone number we have on your booking.

If you have MAIN GRANDSTAND tickets, then they include a 3-day unreserved seat in the Main Grandstand. This means you can sit in any seat on a first-come, first- served basis. Try to position yourself where you can see one of the giant screens, so you can take in the whole race as it happens. The Main Grandstand also gives a great view of the starting grid, finish line and podium ceremony. There is also a Fan Zone and Food Court.

If you have LOSAIL CLUB GRANDSTAND tickets, then they include a 3-day unreserved seat in the Losail Club Grandstand. This means you can sit in any seat on a first- come, first-served basis. They also include a Paddock Tour (restricted timings – please speak to circuit staff on arrival), access to the Sports Bar Lounge where you can purchase drinks, access to the Food Court plus access to the Main Grandstand and its Fan Zone.

Make Your Own Way To The Circuit

There are no train services in Qatar, and no shuple buses
which run to and from the circuit, so the easiest way to reach Losail International Circuit (if you’re travelling on Friday, or if you are not taking our circuit transfers on Saturday & Sunday) is to book a car through your hotel concierge, or via the state-run taxis and limousines.

All taxis and limousines are run by the state company, Mowasalat, and have a fixed rate. KARWA Taxis are bright turquoise in colour and are metered (meters start at 4 QAR) – call 800-TAXI (8294) to book, or download the free KARWA Taxi App. Doha Limousines are also state- run and you can book both taxis and limos by calling (+974) 4458 8888. Tips are not expected, but a gesture is very welcome!

If you’re travelling to the circuit on the Friday, or if you’re planning on travelling at times other than our included circuit transfer times on Saturday & Sunday, we recommend that you pre-book your return journey if possible to avoid queuing after the race. Do avoid unlicensed taxis.

Security staff may conduct bag checks at the gates and for safety reasons, On cans, glass bottles or any other potentially dangerous objects can not be brought into the circuit. Tents, parasols and umbrellas are not permitted as they may hinder the view of other fans.

We always recommend bringing tissues or wipes and hand sanitiser to all race circuits.

Do bring sun protection, sunglasses, a hat, ear plugs and a waterproof (just in case… we may be in the desert, but remember 2018?), do wear comfortable footwear and we recommend bringing warm layers for the evening as it can feel much cooler once the sun has set.

Visitors are not permitted to make/create/store/record or transmit any sound recording or audio visual footage of the event for any commercial purposes. Personal electronic devices such as mobile phones, cameras or hand held personal communication devices are allowed as long as the images are for private, personal and non commercial use.

Men and women should dress modestly as a courtesy to both Qataris and Muslims. Tops should cover the shoulders and upper arms, and skirts or shorts should fall to or below the knee.

Please note our emergency number will be available over the race weekend when our main office is closed. Qatar is GMT+3 hours. Please leave a message, clearly stating your name, reference number and contact number and we will call you back. Office Hours are Monday to Thursday 09:00-17:30, 09:00-16:00 Friday, Saturday and Sunday CLOSED